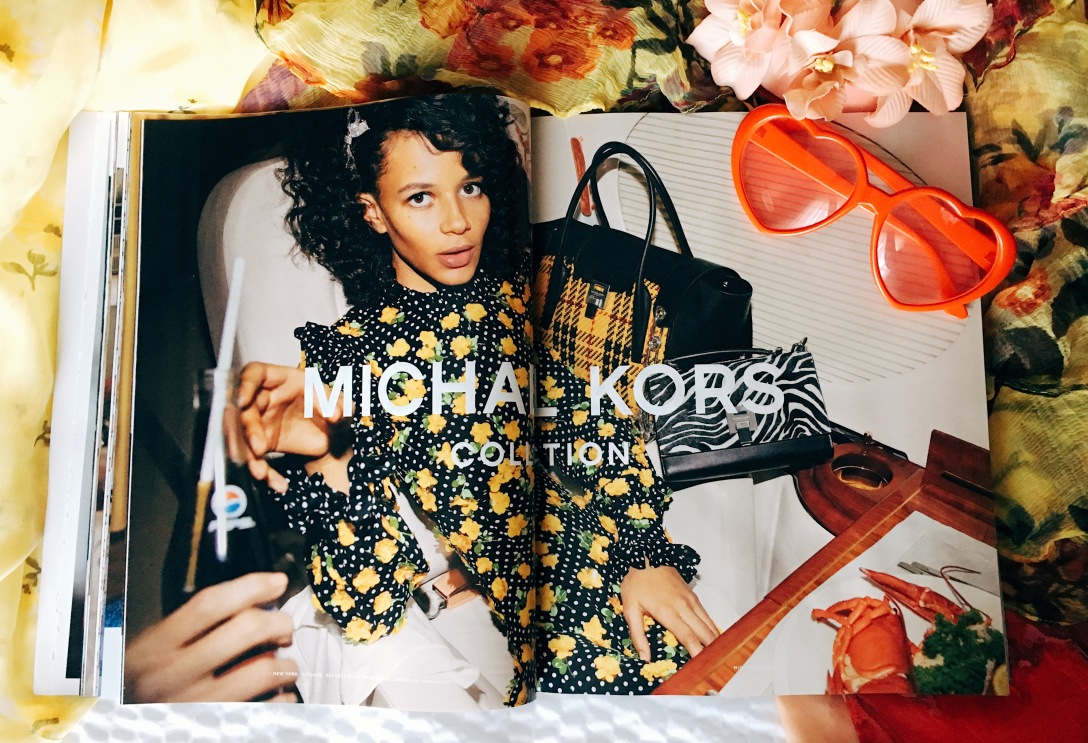 September has always been a significant time for me; primarliy due to my interest in fashion and the fact that I can layer up with cosy clothes but mainly because I’ve been in education majority of my life; so the month represents new beginnings, a new season that feels more like a new year with new styles, possibilities and all potential it represents 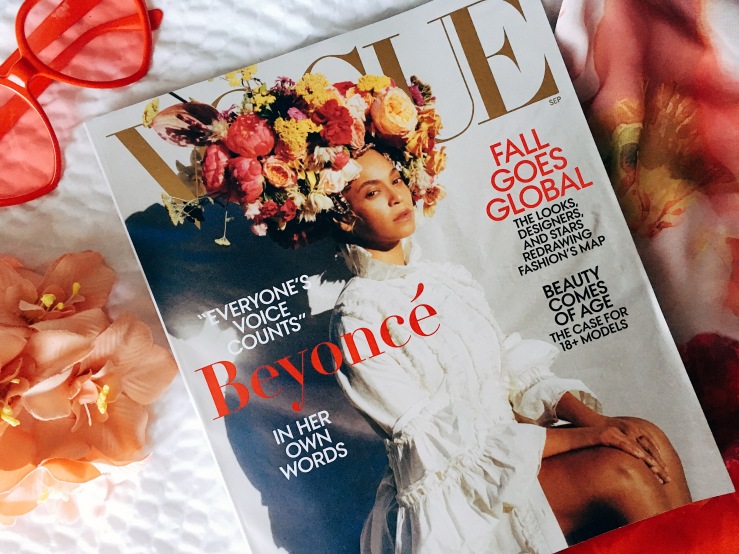 A cover that has already made history – featuring one of the most powerful, influential and successful women in the world! I’ve been checking every CVS and Barnes & Nobel for weeks to get my hands on a copy of the most beaut September issue yet. Yesterday I did! I screeched with happiness when I saw the thick spine. One of the reasons the spine is so thick is because of the increase in advertisements, which some readers seem to have a problem with – however advertisements are a part of the publication – the brands a magazine represents, show what type of magazine it is – what kind of people its aiming towards. They keep the print alive. Advertisements are also pieces of art, that have had a significant amount of time spent on them to create conceptual unique editorial–esque stories. This post it to take the time to sit back and appreciate all that has gone into creating these – some  have one page while others take up more than 8! There are plenty of reasons magazines place advertisers in the publications and one is because they compliment the content so beautifully 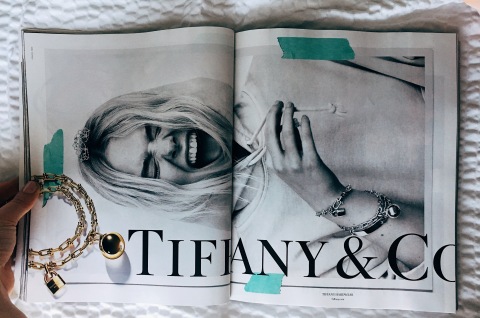 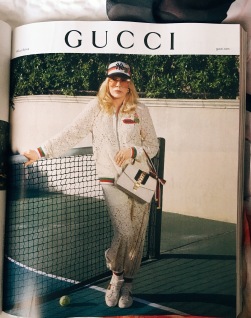 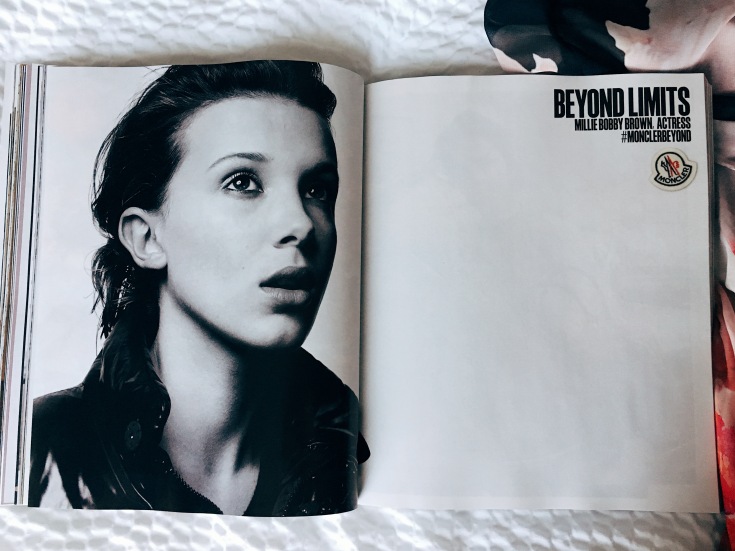 Who doesn’t dream on having a Moncler puffa for the colder months?! And there certainly isn’t a single person who doesn’t love and appreciate the extremely talented and pretty Millie Bobby Brown – I rarely make product collages but in this case I have selected my personal favs: 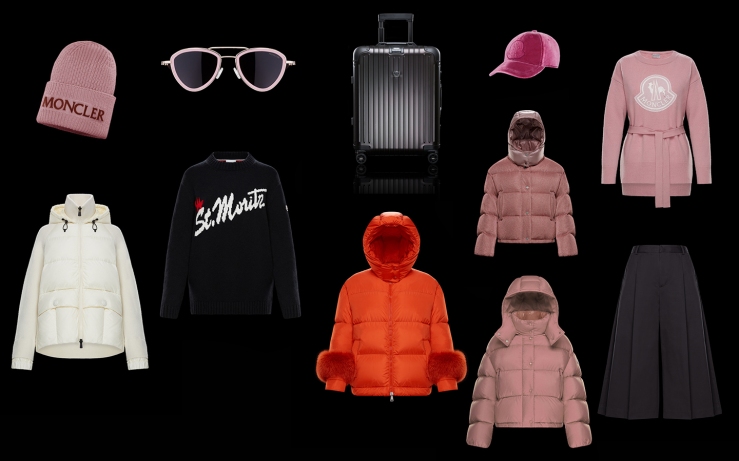 Stella loves our world, she’s probably the most ethical designer since Viv – it’s no surprise trees and free flowing fabric dominates the shot

Such a diverse range of people in one shot, so many customers for Covergirl and why not? anyone can wear foundation- the only thing this ad is missing is a man or better yet; a drag queen 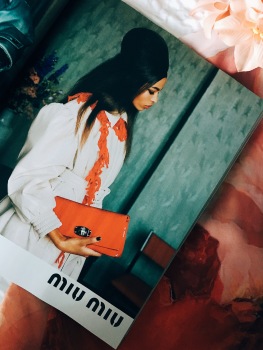 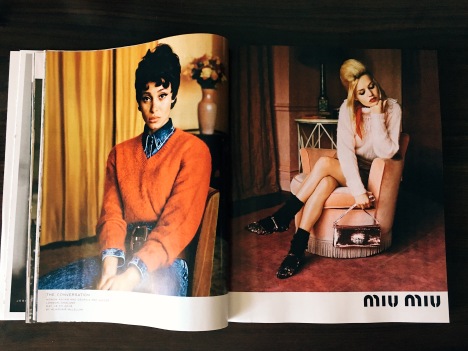 Some more 60s vibes – the styling plays with masculinity as well as a classic pretty girl look – the location looks like a motel and the story says I’m sad but I still have my MUI MUI clutch. 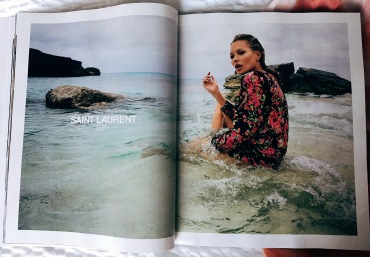 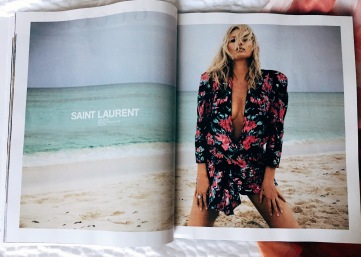 Kate and SL not representing the grunge look?! but a floral 80s inspired power shoulder dress instead?! and on a beach. Such an unexpected spread. It makes me think of Sleeping With The Enemy – escaping the old habits by facing fears and seeing the beauty of our natural world.

San Fran is probably the only city where you could wear one of these garments and blend right in! it’s for the eccentric creatives who don’t give a crap what the world things. It draws the true essence of McQueen because he was a designer who followed his gut and the power of his hands and mind, He didn’t care what the world thought or what level of fame he had, he just wanted to create art. Much like the majority of people who thrive in San Fransisco.

A man who is his brand. Who is usually in the advertisements, so it will have been a necessity to have him the star of the shoot to celebrate 50 years of the classic brand. Whether you play polo and golf or play guitar in a crowded underground bar – you can wear ralph – COW VINTAGE do great Ralph reworks if you want something more young and affordable 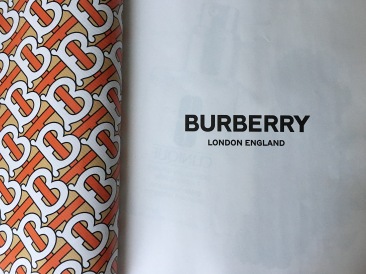 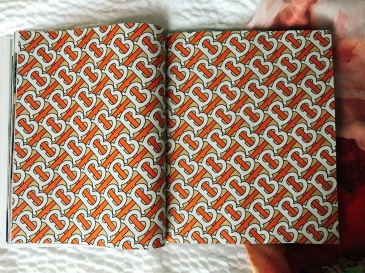 Processed with VSCO with e2 preset

I had no idea what house this retro print belonged to, I should have known with the B pattern! To me Burberry represents home; the north of england – Yorkshire. It is after all where it begun and one of the only brands that has remained to be manufactured in the UK (Leeds) But it seems the capital has taken credit for this ad.

Christopher Bailey told The Guardian: “I’m a great believer in British manufacturing and the crafts and skills we have here. We have 800 incredible craftsmen and women in our two factories in Yorkshire and their tradition is something we should all be proud of, continue to build on, and promote on a world stage”

Get your shit together then Bailey and say ‘Burberry, Yorkshire England’ on the AD. We Yorkshire folk are proud ens tha knows! and we ain’t usually fans of London taking  the credit of work made up north!

This one says ‘yeah I’m a party animal, I’m not only comfortable – I’m content, with myself – I love who I am and I wont take shit from anyone who doesn’t know me.  I’m also human and I need water in order to survive just like you, who I’m looking at… what you looking at?’ 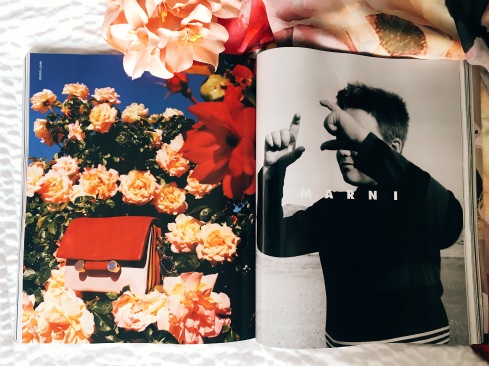 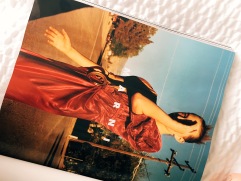 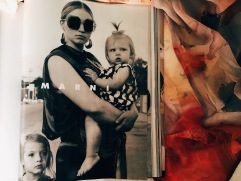 This MARNI ad is so great! it’s the only one that has a family narrative – the young boy pretending to take a pic of his sisters. The bag on display in the rose bush – all so natural and all so dreamy – an American style dream

Who doesn’t want this can bag? Not much creative direction needed for this statement piece and thats why it’s my fav out of them all! Less is more 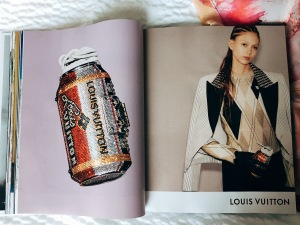 I hope you enjoyed this post. What are your fav ads in the September issues? please share! and feel free to let me know what your fav ad is from this post 🙂 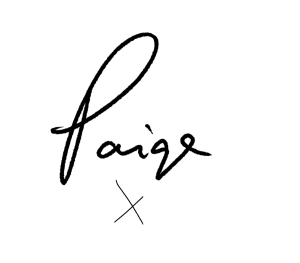 5 thoughts on “Sept VOGUE: The Art Of Ads” 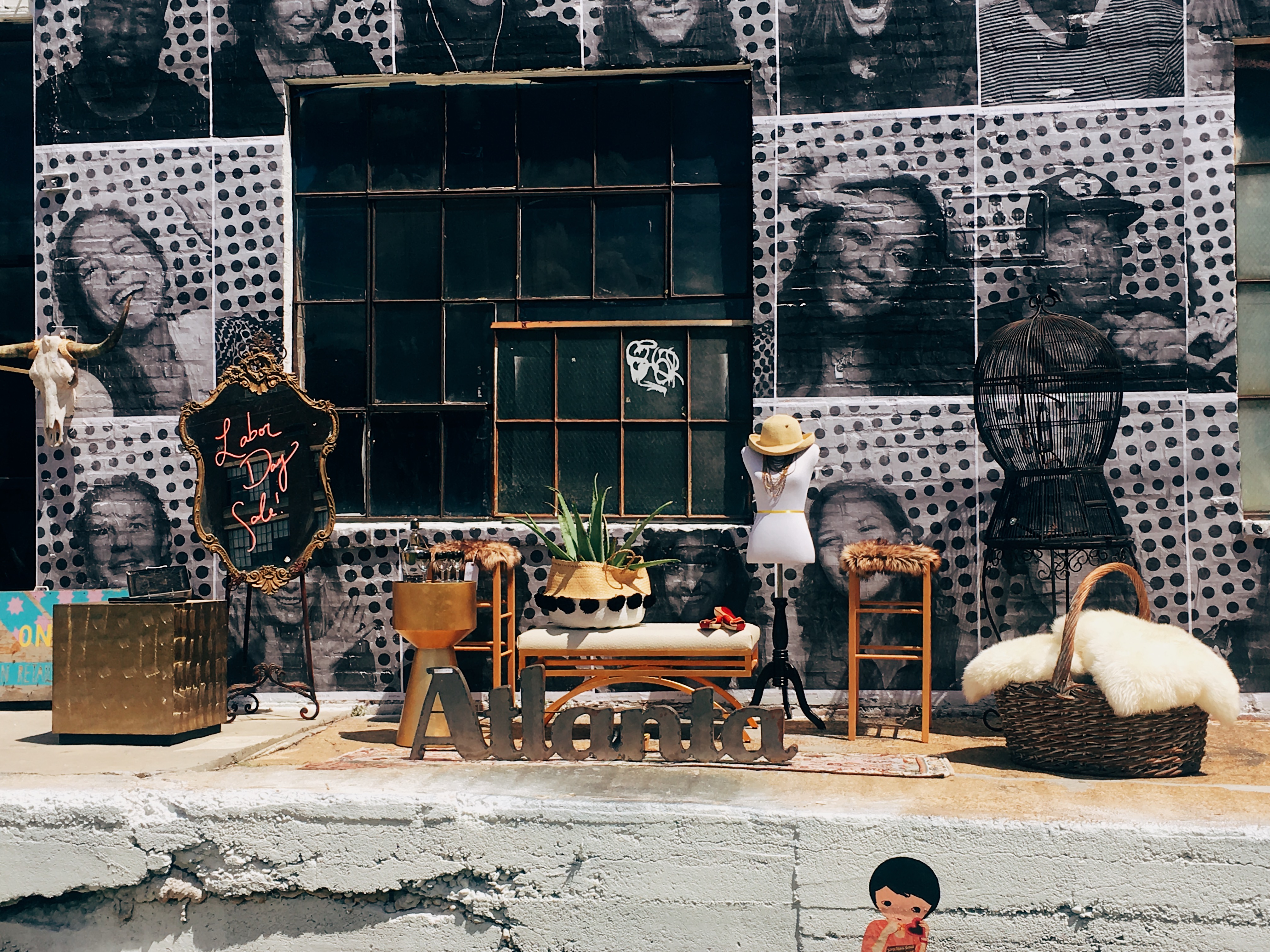 A North East Based Lifestyle Blog

A Stairway To Fashion

imagination is the key